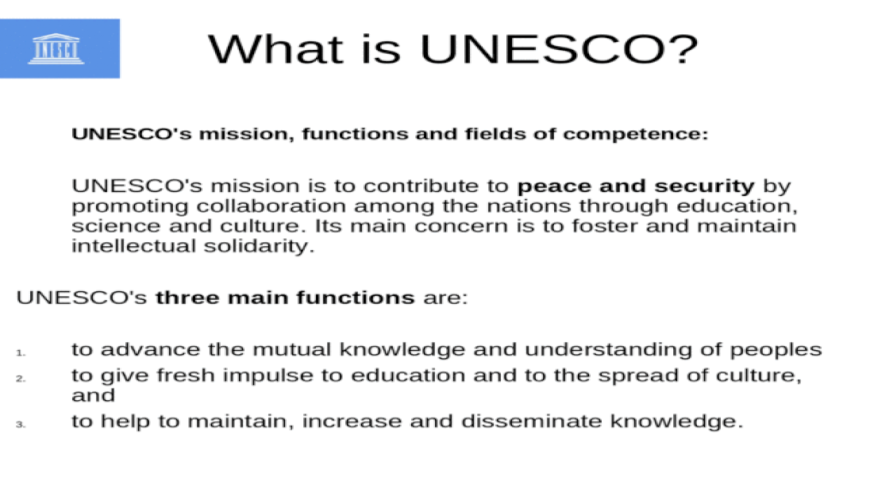 Srinagar, the summer capital of Jammu and Kashmir, was among 49 cities worldwide to join the UNESCO creative cities network (UCCN). The 49 cities were added to the network of 246  in recognition of “their commitment to placing culture and creativity at the heart of their development and to sharing knowledge and good practices”.

The network now numbers 295 cities reaching 90 countries that invest in culture and creativity – crafts and folk art, design, film, gastronomy, literature, media arts, and music – to advance sustainable urban development.  Mumbai and Hyderabad are already in the network, having made it to the list in October 2019.

In 1945, UNESCO was created in order to respond to the firm belief of nations, forged by two world wars in less than a generation that political and economic agreements are not enough to build a lasting peace. Peace must be established on the basis of humanity’s moral and intellectual solidarity. UNESCO strives to build networks among nations that enable this kind of solidarity;

Mobilizing for education: so that every child, boy or girl, has access to quality education as a fundamental human right and as a prerequisite for human development.

Building intercultural understanding: through protection of heritage and support for cultural diversity. UNESCO created the idea of World Heritage to protect sites of outstanding universal value.

Pursuing scientific cooperation: such as early warning systems for tsunamis or trans-boundary water management agreements, to strengthen ties between nations and societies.

Protecting freedom of expression: an essential condition for democracy, development and human dignity.

UNESCO is known as the “intellectual” agency” of the United Nations. Audrey Azoulay is the current director general of UNESCO.

The UNESCO Creative Cities Network (UCCN) was created in 2004 to promote cooperation with and among cities that have identified creativity as a strategic factor for sustainable urban development. The 295 cities which currently make up this network work together towards a common objective: placing creativity and cultural industries at the heart of their development plans at the local level and cooperating actively at the international level.

By joining the Network, cities acknowledge their commitment to sharing best practices, developing partnerships that promote creativity and the cultural industries, strengthening participation in cultural life and integrating culture in urban development plans. The Network further commits to supporting the United Nations frameworks, particularly the 2030 Agenda for Sustainable Development.