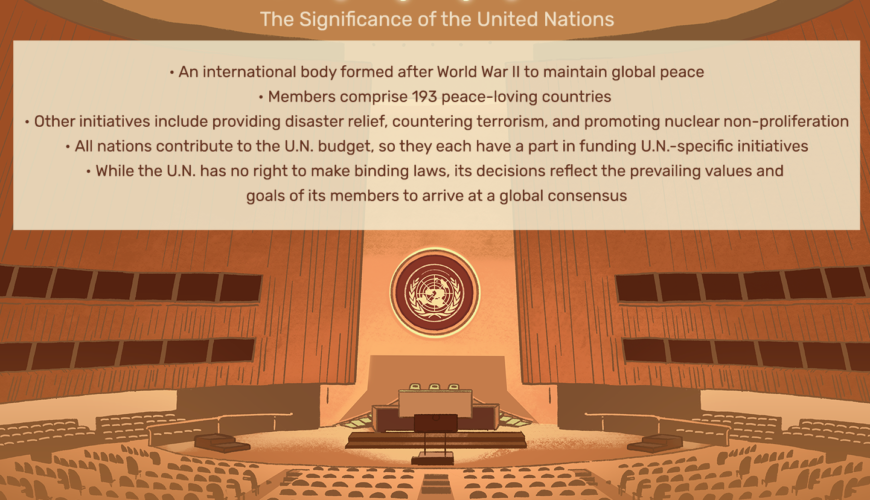 India, which has been elected as a non-permanent member of the Security Council, served as the president of the powerful 15-nation UN body for the month of August, 2021. The presidency of the Council is held by each of the members in turn for one month, following the English alphabetical order of the member states’ names. Since all other countries come after India sequentially, it gives India another chance to assume the presidency in December next year.

Vijaya Laxmi Pandit was elected president of the eight-session of the UN General Assembly in 1953, the first woman to head the organisation.

Last year when the UN celebrated the 75th year of its foundation, India was elected to the Council along with Ireland, Kenya, Mexico and Norway. India began its eighth term on January 1, 2021.

In 2021, the newly-elected members India, Ireland, Kenya, Norway and Mexico will sit at the UN high-table along with the five permanent members — China, France, Russia, the UK and the US — as well as non-permanent members Estonia, Niger, Saint Vincent and the Grenadines, Tunisia and Vietnam.

It provide a forum for its 193 Member States to express their views, through the General Assembly, the Security Council, the Economic and Social Council and other bodies and committees. Arabic, Chinese, English, French, Russian and Spanish are the UN official languages.

The General Assembly is the main deliberative organ of the UN and is composed of representatives of all Member States. The work of the United Nations year-round derives largely from the mandates given by the General Assembly.

The Assembly has no binding votes or veto powers like the UN Security Council.Among the world’s 196 countries, 193 are UN member states and three nations- Palestine, the Vatican City and Taiwan are not a part of the international organization as their country status is not recognized globally due to political and religious reasons.
Under the Charter, the Security Council has primary responsibility for the maintenance of international peace and security. It has 15 Members, and each Member has one vote. Under the Charter, all Member States are obligated to comply with Council decisions. It has five permanent members, China, France, Russian Federation, the United Kingdom, and the United States, with veto power and ten non-permanent members, elected by the General Assembly for a two-year term.
The Economic and Social Council (ECOSOC), established by the UN Charter, is the principal organ to coordinate the economic, social and related work of the United Nations and the specialized agencies and institutions. Voting in the Council is by simple majority; each member has one vote.
The Trusteeship Council as one of the main organs of the United Nations and assigned to it the task of supervising the administration of Trust Territories placed under the Trusteeship System. Major goals of the System were to promote the advancement of the inhabitants of Trust Territories and their progressive development towards self-government or independence. The Trusteeship Council is made up of the five permanent members of the Security Council –China, France, Russian Federation, United Kingdom and United States. The aims of the Trusteeship System have been fulfilled to such an extent that all Trust Territories have attained self-government or independence, either as separate States or by joining neighbouring independent countries. The Trusteeship Council suspended operation on 1 November 1994, with the independence of Palau, the last remaining United Nations trust territory, on 1 October 1994. By a resolution adopted on 25 May 1994, the Council amended its rules of procedure to drop the obligation to meet annually and agreed to meet as occasion required — by its decision or the decision of its President, or at the request of a majority of its members or the General Assembly or the Security Council.
The International Court of Justice (ICJ) is the principal judicial organ of the United Nations (UN). It was established in June 1945 by the Charter of the United Nations and began work in April 1946.The seat of the Court is at the Peace Palace in The Hague (Netherlands). Of the six principal organs of the United Nations, it is the only one not located in New York (United States of America).
The Court’s role is to settle, in accordance with international law, legal disputes submitted to it by States and to give advisory opinions on legal questions referred to it by authorized United Nations organs and specialized agencies. The Court is composed of 15 judges, who are elected for terms of office of nine years by the United Nations General Assembly and the Security Council. It is assisted by a Registry, its administrative organ. Its official languages are English and French.

The UN faces a crisis of credibility due to