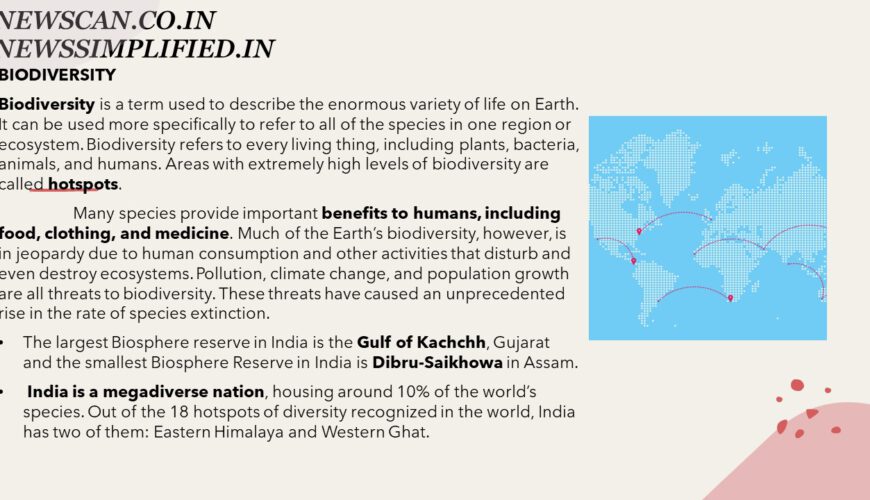 The Convention on Biological Diversity set a global goal of reversing the loss of biodiversity resources through in situ conservation of valuable habitats and biodiversity. Biodiversity but ironically its conservation remains an economic externality — outside of the mainstream economy — and as such it attracts only small amounts of special funding.

Biodiversity and ecosystem health are decreasing worldwide and the already limited public financing for biodiversity could be difficult to sustain.

The 2021 State of Finance for Nature report, which is jointly authored by the United Nations Environment Programme (UNEP), World Economic Forum, and Economics of Land Degradation, states that a $4.1 trillion finance gap must be bridged by 2050, in order for the world to meet mitigation targets for climate change, biodiversity, and land degradation.

Given these huge gaps between funds required for and funds given to biodiversity conservation backed by nature-based solutions, biodiversity financing is of immediate and great importance. Biodiversity finance is the practice of raising capital and managing funds for biodiversity conservation. The focus is now shifting towards sourcing finances across a variety of funders (from public, private, and non-profits), types of funding (through loans, grants, tax incentives, market mechanisms, etc.) and scale of funding (local, state, national).

In India, there is currently an effort to develop methodologies to quantify the biodiversity finance gap and bridge it. Efforts are being in motion to integrate biodiversity conservation into mainstream development and sectoral planning at the national level are being explored.

Many studies finds out that multiple government institutions direct biodiversity financing, often with overlapping functions, but have no coordination or systematic tracking arrangements to ensure that the funds are utilised correctly.

Also, it’s difficult to measure whether the funds allotted for a project actually are being utilised effectively, which is a huge undertaking in itself, biodiversity finance in India still needs clear policy statements and better coordination between different government departments to improve effective expenditure of funds.

Biological diversity – or biodiversity – is the term given to the variety of life on Earth and the natural patterns it forms. This diversity is often understood in terms of the wide variety of plants, animals and microorganisms. Biodiversity also includes genetic differences within each species – for example, between varieties of crops and breeds of livestock. Chromosomes, genes, and DNA-the building blocks of life-determine the uniqueness of each individual and each species.

Yet another aspect of biodiversity is the variety of ecosystems such as those that occur in deserts, forests, wetlands, mountains, lakes, rivers, and agricultural landscapes. In each ecosystem, living creatures, including humans, form a community, interacting with one another and with the air, water, and soil around them.

Protecting biodiversity is in our self-interest. Biological resources are the pillars upon which we build civilizations. Nature’s products support such diverse industries as agriculture, cosmetics, pharmaceuticals, pulp and paper, horticulture, construction and waste treatment. The loss of biodiversity threatens our food supplies, opportunities for recreation and tourism, and sources of wood, medicines and energy. It also interferes with essential ecological functions.