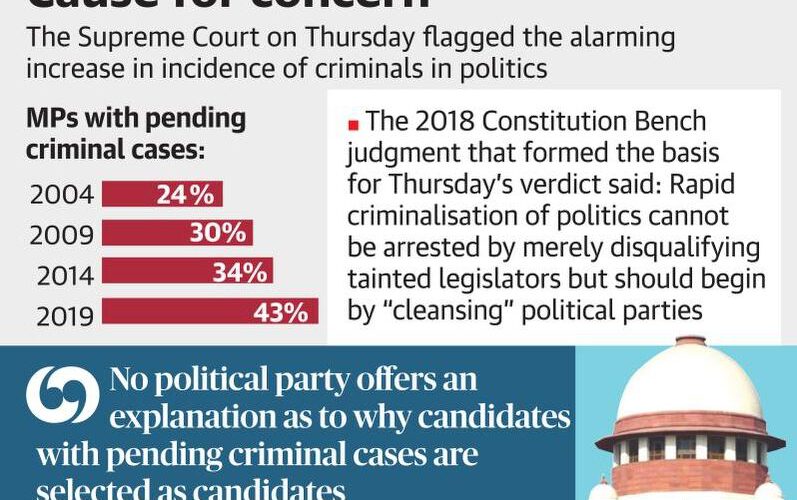 The Supreme Court ruled and handed down a series of directions aimed at checking the criminalization of politics.